The Star Tribune's Jim Paulsen with his updated rankings after Week 4 games. 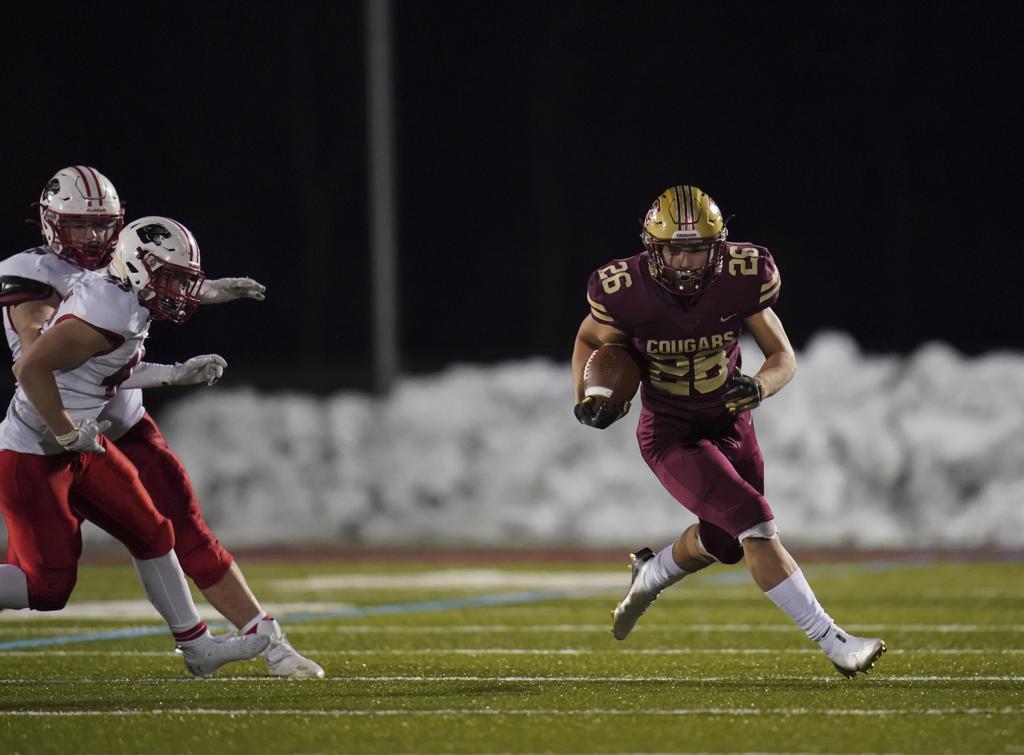 It would be too much to call Friday a day of reckoning. How about just a day of surprises?

Defending Class 5A champion Chaska, ranked No. 1 for the first two weeks of the season, lost its second in a row, to rival Chanhassen 25-20. Monticello outmuscled 5A, No. 2 Owatonna 7-6. 5A, No. 4 Rogers fell from the ranks of the undefeated, beaten by Moorhead 21-0. And Tartan remained the most pleasant surprise, moving to 4-0 after a 45-14 rout of Hastings.

In Class 4A, No. 1 Hutchinson lost for the first time, 28-24 to Willmar. Holy Angels ripped off its third victory in a row, beating Class 5A power Cooper 35-29. Three of the five teams in Section 8 remain undefeated: Rocori, Detroit Lakes and Grand Rapids.

The feel-good story of the weekend belongs to North St. Paul, which broke a 34-game losing streak with a 27-25 victory over DeLaSalle.

The game featured three touchdowns in the final 45 seconds, with the game-winning touchdown coming on a play the Polars had never ran or even practiced before. Quarterback Ben Teigland hit Casanova Edwards on a 13-yard crossing route with 1.2 seconds left.

“Based on their coverage and our prior pass completions, we believed it would work and the players executed it perfectly,” Polars coach Gene Teigland said.

2. Eden Prairie (4-0): The Eagles have given up only one touchdown before the fourth quarter, and three overall, in four games.

4. East Ridge (3-0): Coach Dan Fritze says his defense has “the highest football I.Q. on defense we’ve ever had.”

5. Rosemount (3-0): Early candidate for Metro Player of the Year? Try SS Jake Ratzlaff, a torpedo who blows runners up.

8. Prior Lake (2-2): A suddenly leaky defense has resulted in back-to-back losses. And Eden Prairie is next.

10. Andover (5A, 4-0): First-year coach Tom Develice stepped into a great situation, with plenty of returning players and coaches.